The WWDACT E-Bulletin, Issue 08/19 is out now. View this e-Bulletin in your browser here. Fill out the form here to subscribe.

Lou Bannister has been a member of WWDACT since the mid-90s. She is now the Chair of the Ministerial Council on Women (MACW) – we believe she is the first women with disabilities in the ACT to hold this position, liaising with Yvette Berry, minister for Women. Lou is also the WWDACT representative on the Disability Reference Group which reports to the Minister for Disabilities, Rachel Stephen-Smith.

Thanks, Lou, for your contribution to WWDACT. 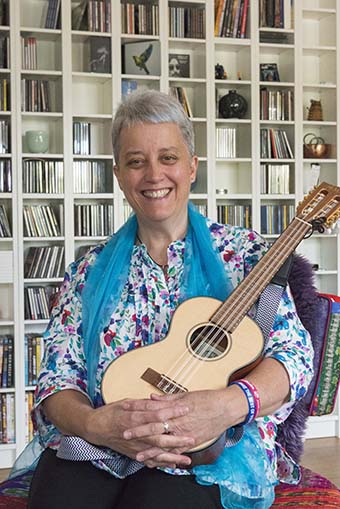 Louise Bannister has been a trail blazer since birth. Born at 26 weeks in Armidale in NSW, she was described as a ‘Miracle Midget’ by the media when she eventually left hospital. Her first years of life were marked by bouts of rigorous physiotherapy which seemed like torture to a toddler. Thanks to the determination of her parents, all Lou’s education was in mainstream public schools.

Lou’s realisation of the power of advocacy was awakened during a year at high school in Seattle where she met a fellow student with complex disabilities whose spirited approach to changing the world served as a role model, and imbued Lou with a sense of disability pride.

Several years after transferring to Canberra in 1991, WWDACT recruited Lou as a research officer to undertake the first-ever survey of women with disabilities in the ACT. A myriad of roles and project work followed, building her prominence in the community. She is now a much awarded leader in the ACT.

An effervescent personality is a key factor in how Lou interacts with everyone. She believes that a supportive style of leadership is more effective than anything hierarchical. Her feminist ideals are founded in a commitment to equity, and a belief that a diverse group of women can work together, to achieve a common goal.