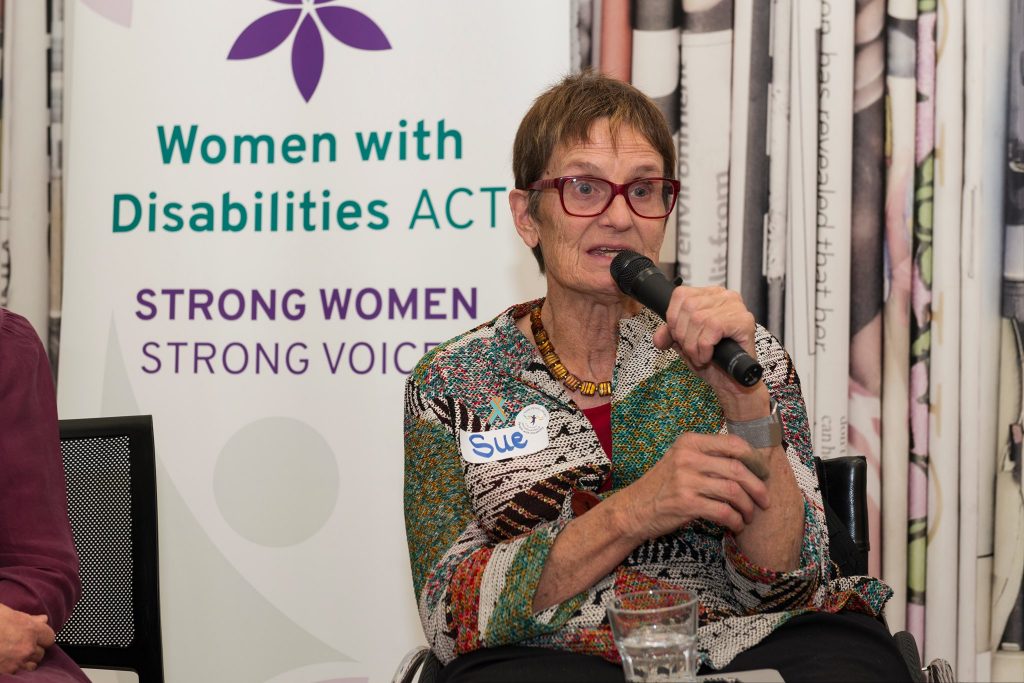 Sue Salthouse was a teacher and a feminist and a much loved community member.  She was one of the founding members of WWDACT in the mid 1990s and became WWDACT’s inaugural Chair when WWDACT became an incorporated association two decades later in 2016.

Sue’s Legacy celebrates this beautiful and courageous woman’s enduring contribution to the Canberra community. Seven members and allies of the ACT disabilities community made a short film exploring how Sue’s mentorship and friendship has impacted their lives. The films were launched one year after Sue passed away.

Supported by local artist Jenni Savigny of Gen S Stories, as well as PhotoAccess photographer Kate Matthews and videographer Sammy Hawker, the Sue’s Legacy participants completed a seven-week intensive workshop. With no prior experience required, they each scripted, storyboarded, researched, narrated and edited a film of 3-5 minutes, drawing on their personal and shared image archives. Sharing memories of Sue, discussing her contribution and supporting each other through coming to terms with her loss was a key aspect of the workshop.

Sue’s Legacy was a partnership project between PhotoAccess, Women with a Disability ACT and Gen S Stories. It was made possible through a generous ACT Government Community Services Directorate Disability Inclusion grant 2020-21.